Codex of the Synapse: Folio A2.3

World as Wave: Decay and Reclamation

This world-order is an ever-living fire, kindling by measure and going out by measure."  -  Heraclitus 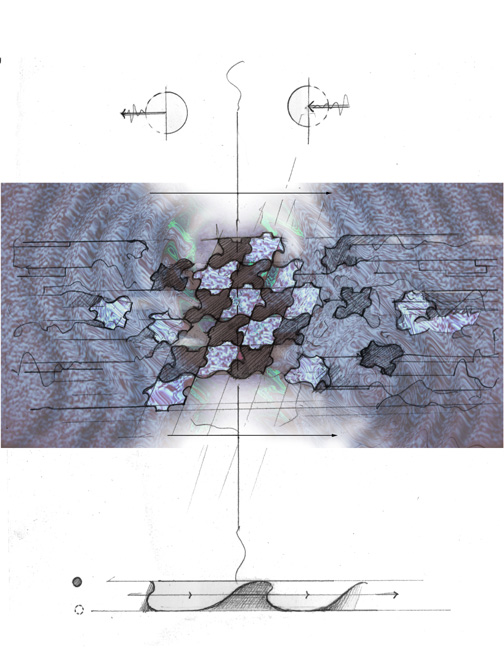 The Pattern Language never comes to rest. In a perpetual cycle of emission and reclamation, a phrase of Pattern is relayed from world to world. The Synapse acts as a terminal through which images are constantly passing, decaying into Pattern Language or forming out of it. A passing phrase of ambient pattern language resonates with a certain world which then "translates" the phrase into its own native language of images. These images eventually decay, emitting their own imprints back into the void of the Synapse, as fresh Pattern Language, thus perpetuating the cycle.

In experiencing our own world, we cannot know how much of what we perceive is "native" to our world, and how much is reclaimed, translated from neighbor-worlds. The Keepers consider the very question absurd. Ultimately, the only thing that belongs to any world is the Pattern Language itself, which is both shared by - and outside of - all of them. The Keepers envision the Pattern Language as a wave, passing through the otherwise calm water of Synapse. The wave shapes the local waters in its image as it passes, forming a world of images as it enters, and letting those images decay as it passes on. Our world, say the Keepers, is nothing more than interference pattern of many such waves.